It’s no secret that Carbon60 has been an avid supporter and partner of the military for many years now. From working closely with the Ministry of Defence on recruitment projects, and being recognised with an MOD Gold Award, to employing and supporting current and ex-forces members, our involvement with the British Armed Forces has always been a priority.

That’s why for the past six years, we’ve been delighted to sponsor the Royal Navy Football Association. And, on March 30th an exciting inter-service men’s match was hosted between the Royal Navy and the Army.

It’s not the first time the two forces have clashed on the football field. In fact, this competition has been an annual sporting tradition between the Army, RAF and Royal Navy for many years now.

During a long history of battling it out on the pitch, it’s the Army who have won the most matches, and this most recent clash saw them adding yet another win to the list after beating the Navy in a 2-1 defeat last month.

As sponsors, we’re always eager to follow the matches, but with the pandemic having halted the competition in 2020 and 2021, this year’s was particularly welcome.

Carbon60’s Managing Director, Paul Nolan, commented: “Although the game didn’t end in the results we would have liked for the Royal Navy team, it was certainly an exciting game demonstrating how far inter-services football has come during our proud period of sponsorship.” 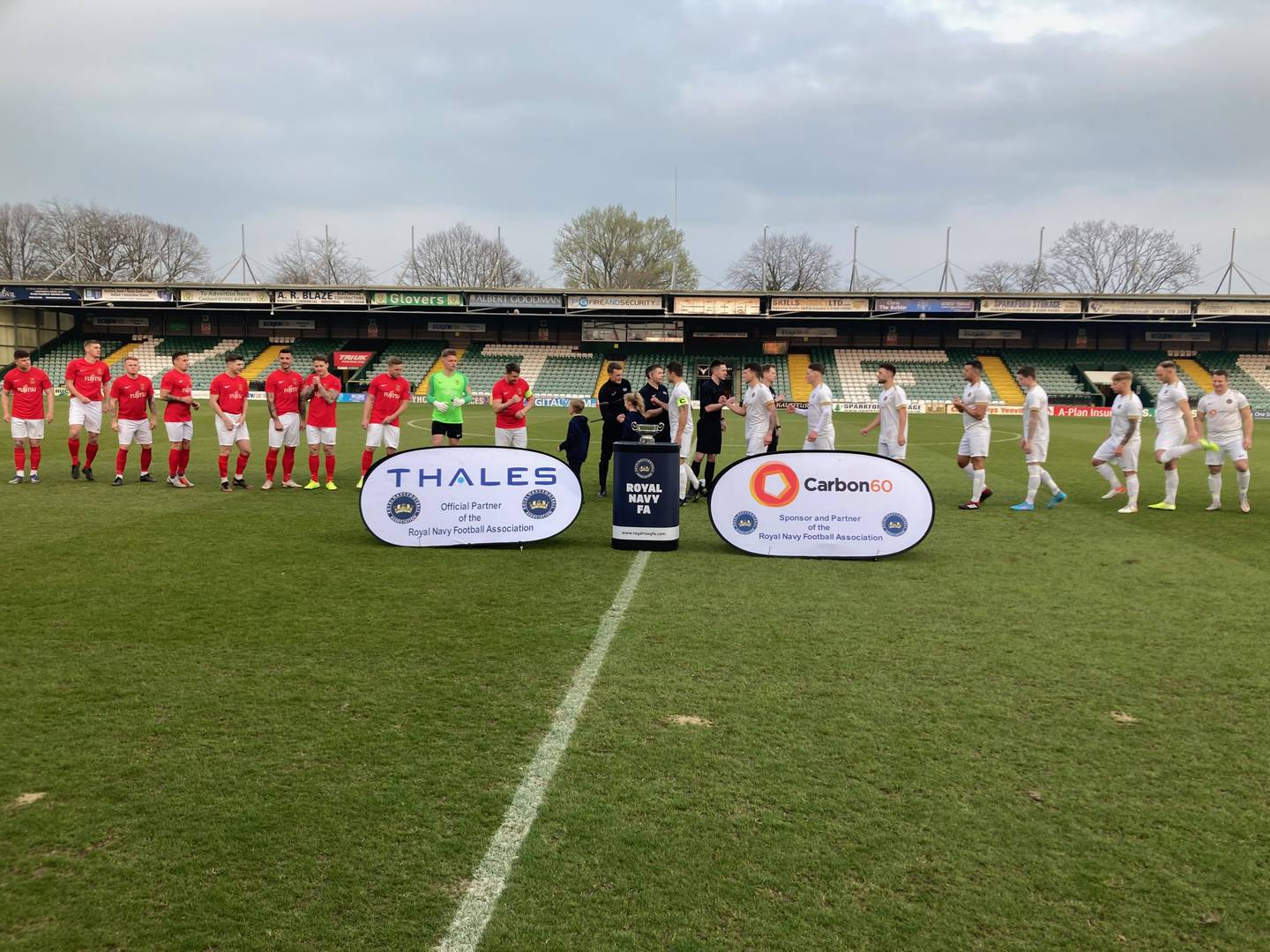 However, this isn’t Carbon60’s only military sports sponsorship. We’re also keen supporters of the RAF’s Ski Team. But why is Carbon60 so keen to support initiatives and events like these and why do they matter? The answer goes far beyond simply our recruitment expertise in the defence sector…

It’s because we share many of the same principles as our British armed forces. And, like the military, we understand the important role that sport plays in bringing people together and strengthening the key attributes that unite us all.

Members of our forces, and sport participants alike, need to be driven, committed and enthusiastic. And these are features we look for in our own people. Often described as a family, our employees at Carbon60 take pride in working together as a team to achieve a shared set of goals - in the same way that many of the most successful sporting teams combine differing strengths to climb to the top of their league.

Sporting activities are also fundamental in developing resilience and resourcefulness. And in the competitive and often challenging world of recruitment, these are important qualities for overcoming obstacles and achieving success. They’re characteristics we encourage and celebrate across the entire Carbon60 business.

It’s for all of these reasons combined that we’re dedicated to supporting the British Royal Navy Football Association - an organisation founded to promote and encourage teamwork and whose values align closely with our own.

This year, it’s the RAF who were crowned overall Inter-Service Champions and we extend our congratulations to them on a great performance throughout the season. But we look forward to our ongoing sponsorship of the Royal Navy and to continuing to support them, whatever the result, next season. Keep up the great work, guys. Carbon60 wishes you lots of luck for the 2023 competition!

How useful did you find this article?
Thank you for your feedback!
Back to blog listing
Share This:

To find out more about how we can help you with your project requirements, get in touch!